This one brings us very close to the next official release, which will be 5.0.  The last major issue is one multiplayer desync that we're chasing down.  As soon as that is resolved, we're pretty much ready to go.  There are a few last things we intend to tweak and fix, but it's expected that this is the last of the really large pre-5.0 betas.  And boy is this one large.

This one includes the last of the major pre-5.0 rebalancing that we're intending to do -- although feedback on ship balance is still welcome, as if there are further tweaks that seem needed from player reports, we will make them even prior to 5.0.  We're just done with the balancing work we're planning to do in the absence of further player reports.

The way that the AIs act around their own force fields is now a lot better in general, and so is their logic for how they act when there are a few player ships on their planets.  Cross Planet Attacks have seen a pretty large overhaul, with some helpful new text messages on arrival as well as some helpful-to-the-AI new rules adjustments for them that allow them to look in new places to find the ships needed to free for the CPA event.  Oh, and all CPAs are now twice as large, to make matters even worse.  With the larger wave sizes, it only makes sense, as in recent iterations the CPAs were not at all the terrifying events they once were.  Now they are again.

A large part of today was spent desync-hunting for that one main desync that people are experiencing.  We haven't found it yet, but we did find a number of other very obscure desyncs that hadn't been reported yet, and those are fixed.  Along with various other fixes resulting from the search, and also other little changes and fixes that were due to player reports, of course.

The AI War Schedule For The Next Few Days 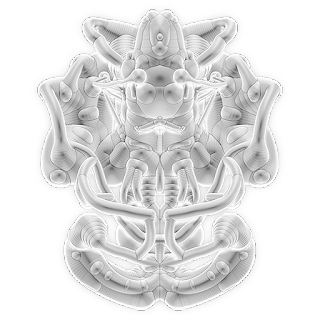 So what next?  At the moment we're not really looking for large numbers of refinement suggestions from players, as we're trying to keep the number of potentially bug-introducing changes to a minimum.  Our plan is to mostly leave the codebase as-is, aside from those few changes that we either feel are safe to make, or just absolutely critical to make.

That said, if you do have an idea, always feel free to share -- they just go into the Considering or Minor Fix For Later or Feature For Later categories when we're not in an immediate position to address them.  But that doesn't mean we aren't interested, so keep firing away!

Meanwhile, what we are interested in for the short term are any last balance thoughts people have, any bugs that are critical to fix for 5.0, and most importantly any clues as to desyncs if you're having them.  And if you're playing multiplayer on the latest betas without any desyncs, we want to know that too!  When it comes to desyncs, there is very specific information that we need, so please be sure to read the desync reporting guidelines to make sure that we can make use of your report.  We appreciate it!  These are a specific form of bug that are very challenging to find, and thus require special reporting.

A Valley Without Wind Kicking Off
While we give this version of AI War some time to rest in player hands and make sure there aren't any critical issues, when we're not working on those last tweaks or the desync search, we're going to be starting in on A Valley Without Wind work.  A number of the music tracks are already done, and they are awesome.  Keith got the basics of the engine stripped down and split out for us to build the new codebase on, and I'm really excited to get working on both the code for that along with Keith, and the art stuff in all my new 3D rendering tools.

I hope to have some very early screenshots in a week or less, and we'll share some of the music at that time, too.  We'll also start doing some development diaries to talk about our progress on the game and specific topics related to that, since there's been a lot of interest in that sort of thing.  We're still shooting for a first public alpha version sometime in March, but it could theoretically be earlier, or more likely later, than that.  We'll know more as we get closer to that stage.