This one is jam-packed with some pretty significant gameplay changes.  First up is defender mode, from which this patch takes it's name.  I actually forgot to mention it in the release notes summary last week, but one of those patches actually improved some of the stuff about defender mode, in terms of the timing of waves, etc.  Well, this patch changes a whole ton of stuff about it, to the point that defender mode is pretty much ready to go -- pending your testing feedback, of course

I should go on and mention at this point that we're gearing up for an official release of what is now being called AI War 5.0, along with Light of the Spire, this Thursday or Friday if all goes well.  Again, pending your testing feedback -- so be sure to let us know about the most serious issues you want us to be sure to fix before 5.0 hits.  We're trying to weed out the trivial stuff at this stage, and are just focusing on those remaining pieces of polish that are actually really important for the next official.

Why the change to calling this release 5.0 instead of 4.4?  Because so much has changed it's really a whole new era compared to 4.021, the current official version.  Almost every ship in the game has been rebalanced, tons and tons of new gameplay rules and mechanics have been added, and in general the "feel" of the game is as different from 4.0 as version 3.0 was from version 2.0.  In general, I really feel like 5.0 combines a lot of what was best about all the past eras: the general difficulty of 2.0, the good parts of the pacing from 3.0 and 4.0, most of the rules shifts from 4.0, the sub-battlefields centering around forcefields and fortresses from the 1.0 era, and so forth.

But, back to the release at hand: some of the other significant changes I actually already alluded to.  The way that AI forcefields and AI fortresses work has been really overhauled -- much too many changes to list here, but the basic idea is that you have to get up close and personal with bombers with them, and that siege starships are relegated to a somewhat shifted role.  In general, all of the ultra-long-range non-sniper stuff is now not so long range anymore.  Still notable, but not in a way that combines all the sub-battlefields of a single planet into one giant melting pot. 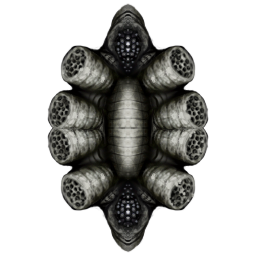 AI Eyes have also been significantly redone in that you can't easily snipe them in advance of killing the rest of the planet.  It can be done, but it's now got the same health and tedium as killing a wormhole command post.  And, like the wormhole command posts, a similar more fun solution: kill all the guard posts, and the AI Eye dies automatically.  This really encourages smaller raiding fleets, or groups of starships, rather than players just sniping the AI Eye before they roll in with their normal giant fleet.  Accordingly, there will also be fewer AI Eyes scattered around in new savegames, too.

The fortresses and forcefields of the AI have also seen some seeding changes for new games, which will really change how some of the AI types feel personality-wise: more defensive or less, etc.  And with the general effect of not having quite so many fortresses in many cases.  Again, these only affect new savegames, since it affects stuff that would already have been seeded in existing saves.

In terms of bugfixes, there were some issues in the last version with ships overshooting wormholes, with group move, and with speed boosting.  All of those should now be fixed, though the group move/speed boosting ones took quite a bit of changing the command structure for a number of gamecommands to get working.  Oh, and there was yet another bug with AI maws permanently hanging on to some player ships.  Fixed for good this time, hopefully. 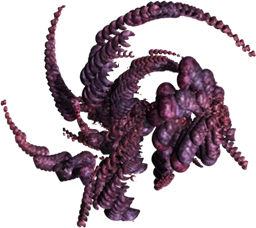 Lastly, that command-stations-must-be-built-within-proximity-to-the-colony-ship thing, which most people found tedious and fiddly, has simply been removed.  There are some alternate rules in place now whereby colony ships and mobile builders explode with the command station if it dies: that does a better job of meeting the original design goal of not letting the players just keep easy "spares" of colony ships right on their forward bases to insta-rebuild them, but it does so in a way that's not mechanically annoying and that actually works.

Oh, and there are some awesome new modular ship module graphics by HitmanN.  Check them out!

Anyway, so lots of new stuff here.  Bear in mind we're trying to wind down and keep the game as stable as possible, shooting for something that is basically as polished and balanced a version as possible of what we've got going here.  This is probably the last pre-5.0 beta version that's going to significantly alter anything beyond balance and bugfixes (well, and some art), but there's still plenty left on our list regarding balance and bugfixes alone.  As always, thanks for your support -- and enjoy!