Massive is the word for this release.  We're trying to get both AI War 4.4 and Light of the Spire in a release-ready state by sometime next week, so it's pretty much bugfixes and polish all the way down on this one.  The list of stuff in even just this release alone is pretty crazy long, though.

One particularly notable thing is that the in-game windowing system is completely rewritten from scratch using our own methods rather than the built-in windowing that comes with Unity 3D.  This way is a lot more flexible and solves a ton of flicker-related bugs, but if you see any new issues cropping up with windows in the UI, this is why.  So far we've seen nothing, but you may want to keep an eye out.

Science Labs Mark III have been completely reworked in their mechanics so that they are now a quicker, more intense, much more dangerous affair.  The Zenith Trader is now a much more elusive visitor, making him harder to capture wares from as a human (but he's actually a little less stingy than before with the AI).  We also fixed some stuff with regard to panning the screen by edge scrolling with the mouse.  And some stuff with animations going incredibly too slowly when you're using +10 speed.  And some stuff with military and nonmilitary ships not being able to be selected at the same time.  And that "phantom ships or health bars" issue is finally fixed.  Some tutorial-related bugs from the prior version, too.

Also of major note is that the AI's behaviors while "stalking" a player planet have been much improved.  They react better to the player building structures on their planets in general, too.  Forward sniper nests on AI planets will be a lot less effective, now.  Along with this, a lot of firepower fixes have been made, so that the AI also is better about deciding to attack rather than always letting it go so long while stalking you.  And actually, the advanced hybrid hives now have a lot more aggressive options now, too.  When you see "Defensive Hybrids Are Mobilizing" in the late game, it's time to scramble for some defenses of your own!

A goodly number of ships have been rebalanced moderately to significantly (laser gatlings, grenade launchers, etc), but perhaps the most welcome here is the marauders, which are less deadly now.  Still interesting, just not so you-die-now early in the game.  Scouts also got some buffs since they were hurting lately, and transports will also get brutalized less.  And scout starships now have a major speed boost going up in their ranks, making them finally more interesting to unlock when not facing counterspies. 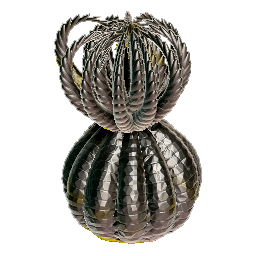 There's also a new base game achievement.  And literally dozens of other small items not mentioned here.  See the release notes for details.  Enjoy!