Polish incoming. As promised, this one is mostly about bugfixes and balance tweaks.  The biggest group of rebalancements is in the Fallen Spire campaign, which now has to cope with largely-immobile forcefields (even moreso in this release).  Fortunately, with some shifts to the Shards themselves, that problem should be handled -- but let us know what you think.  As sort of a sly concession to the desire for mobile forcefields, the range on the riot starship shields has gone up rather substantially.  So that's one other option for the shard retrieval teams, too.

Zenith Beam Frigates got a major rebalancement, Raiders got a minor tweak.  The higher level siege starships now got the intended buff that is equivalent to their mark I brethren.  The AI will now be allowed to have half the prior number of Spire Blade Spawners, Spire Maws, Spire Stealth Battleships, and Spire Tractor Platforms per guard post.  Minor factions, zombies, and AI ships that have not yet "settled" are no longer subject to the recent "AI ships won't move when under a forcefield" rules, which fixes a number of issues where far too many ships could stack under a single forcefield, etc. 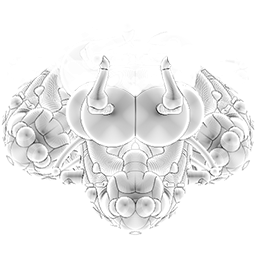 Other than that, it's a lot of other smaller tweaks and fixes reported by players.  More coming soon, especially now that the main bulk of my work on the Tidalis Lite beta is through (at long last).  That's a free web-based version of Tidalis, and we think it's seriously cool -- check it out if you haven't seen it yet.  Enjoy!

This is a standard update that you can download through the in-game updater itself, if you already have 4.000 or later. When you launch the game, you'll see the notice of the update having been found if you're connected to the Internet at the time. If you don't have 4.000 or later, you can download that here.
Posted by Christopher M. Park at 11:50 PM