This release is another biggie.  Where to even begin...  Well, for one thing the Fallen Spire minor faction has seen yet more updates, balance tweaks, and bugfixes, and now also has episode 8 in place.  Getting near to the end on that story-based campaign arc, now! 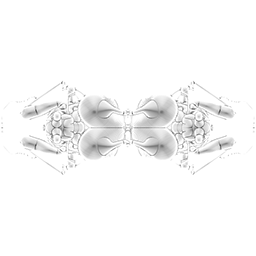 There are also six new map types for the Light of the Spire expansion, based on three different overall algorithms.  These all create some really different sorts of situations compared to what we've seen in the past (the new maze maps are my favorites).  The new maps also continue the trend of having maps without any confusing, long-range overlapping lines.

The final three bonus ship classes have also now been added for Light of the Spire: Maw, Blade Spawner, and Armor Rotter.  I think the Maw is my new favorite bonus ship class, but actually a number of the new LotS bonus ship classes really vie for that.  Speaking of, we've toned down the Stealth Battleships and the Tractor Platforms, which were weapons of doom in the last version.  There are probably still a huge number of balance issues with the new bonus ship classes, but we'll be working on those -- with your help and feedback -- over the next few weeks.

Yet another new Light of the Spire feature is in place: a new minor faction called the Spire Civilian Leaders.  It's a fairly simple concept, nothing like the Fallen Spire, but I think it leads to some really interesting strategic choices.  There are only a few minor factions that I personally turn on in every game (Traders, Resistance Fighters, Marauders), but I think the Civilian Leaders might be another one that is always-on for me.  Of course, some of the more specialized minor factions are interesting for variety, but I also like having ones that I can always use if they match my personal preferences. 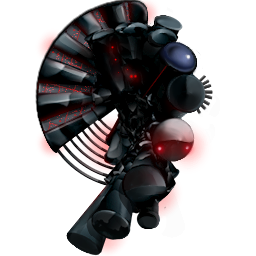 We also have some cool fan-created art by HitmanN for three of the guard posts, one of which is shown to the right.  They're updated versions of the originals I had done, and these add quite some cool effects.  This isn't the first time we've included fan-created art in the game; we're really fortunate to have such a talented, generous community!

In addition, of course, are some other random bugfixes and balance tweaks.
Coming up soon, we'll have the new Spirecraft in place, as well as some new Guard Posts and Guardians, and that's the biggest things remaining on our list aside from the Fallen Spire completion.  Well, and Constructor mode.  And possibly another couple of minor factions if Keith has time, but no promises there.  And a couple of other small random goodies from my end.  This is really a huge expansion!

This is a standard update that you can download through the in-game updater itself, if you already have 4.000 or later. When you launch the game, you'll see the notice of the update having been found if you're connected to the Internet at the time. If you don't have 4.000 or later, you can download that here.
Posted by Christopher M. Park at 10:49 AM