The holidays are coming up fast, and so 'tis the season to start thinking about gifts for friends and family.  Arcen's catalog of games has really swelled this year, and you may have missed some of our titles.  Or you may be new to Arcen, and may have overlooked our excellent older titles.  Here's a quick guide to finding out more about what we've got to offer:

Bionic Dues (On our site / On Steam)

“What's wonderful about Bionic Dues is that it manages to combine meta-strategy and micro-strategy... It's like a fast-paced, mini-XCOM.”
Andrew Groen, The Penny Arcade Report

“Top game moment: Realising a momentary oversight has condemned you to almost certain doom, but then, with only a perfect set of well-thought long-contemplated moves, you pull everything out the bag, blow the rig, and get the hell out of dodge to receive a hard-earned mission successful.”
8.5/10 – Richard Nolan, Strategy Informer

AI War: Fleet Command (On our site / On Steam)

A truly unique blend of grand strategy with traditional RTS mechanics, pitting you against one of the most notable AIs in strategy gaming in a tense, fun, David vs Goliath scenario.  Five massive expansions and counting over the last four years!

AI War breaks most of the genre's rules. Which is precisely why it's incredible... This out-of-the-blue one-man passion project is one of this year's finest strategy games.
- Alec Meer, PC Gamer UK, November 2009

I think I've stumbled across this year's Really New Thing. There's a lot of 2009 to go, but I'll be surprised if anyone else twists the RTS formula this dramatically and this effectively. And I'm hoping it'll be the Next Big Thing, because it's big, different, entirely unprecedented and an exciting way to play an RTS.
- Rush, Boom, Turtle: And Now for Something Completely Different, by Tom Chick (Crispy Gamer)

Having played this title at two distinct points in its life cycle what really stands out is the incredible dedication of Arcen Games in keeping one top of how the game evolves and expands. Even though a great many features have been added and tweaked and refined, it was possible for me to drop back into AI War after more than a year away and not find it to be a confusing mish-mash of feature overload. The post-release support is, quite honestly, the best I've seen for any game.
- Peter Parrish, IncGamers, Reviewing Light of the Spire


Skyward Collapse (On our site / On Steam)

A completely unique subverting of the "god game" genre, this game turns the normal expectation of being able to control everything on its head.  Instead you manage unruly subjects indirectly in this turn-based hilarity-generator.  Also spawned a great expansion pack, Nihon no Mura!

"I can never play Skyward Collapse again. I work from home. Frankly, having it – and the accompanying temptation – within arm's reach would be detrimental to my productivity."
Richard Mitchell, Joystiq


A Valley Without Wind (On our site / On Steam) 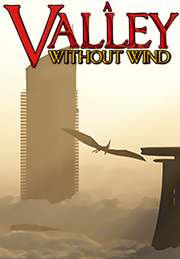 A sprawling, infinite, procedurally generated 2D sidescroller.  Loosely a "Metroidvania" title mixed with some citybuilding (think Actraiser) and SHMUP elements.  Thanks to our loyal fans, we also include A Valley Without Wind 2 for free when you purchase it!

Every thought of "I'll just give it five more minutes" turned into, "Wait, where did that last hour go?"
- Kate Cox, Kotaku

The thing that struck me first about A Valley Without Wind is that it is absolutely vast. This is a game that you can sink hours and hours into, and still feel as though you’ve only started.
- Amy Nelson, Brutal Gamer

But really, at the heart of what A Valley Without Wind is about, at least for me, is exploration and it does it phenomenally.
- Geoff Gibson, DIYGamer

A Valley Without Wind 2 (On our site / On Steam) 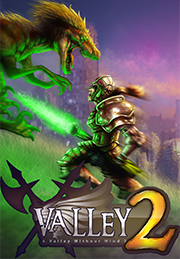 A complete reinvention of the Valley franchise, set in a different part of the same world.  Gameplay alternates between two complementary modes: brief, tightly-designed platforming segments with character customization and Contra-like combat; and quick strategic turns on the world map where you order your troops to fight, scavenge, build, recruit, farm, and use special powers.

"Its unconventional and addictive blend of classic platforming action and basic strategy segments makes every accomplishment more meaningful and every failure more devastating, and the very real possibility that you will fail to vanquish Demonaica raises the stakes enough to make everything more interesting still."
- Jason Venter, GameSpot (80/100)


"It’s a minor miracle that Arcen Games could revise Valley Without Wind 1 so completely without simply upgrading it, that they have instead made a completely separate game that plays so differently and creates a unique type of experience based on getting your ass kicked."
- Tom Chick, 4/5 stars

A surprisingly deep block-based puzzle game that for once isn't just another "match 3" title.  Having more in common (vaguely speaking) with Panel de Pon and Tetris Attack, Tidalis includes a wealth of gameplay modes that can keep you engaged for dozens of hours.

"Tidalis is a match-3 game that doesn't feel tired or repetitive: I actually want to play it, which says something considering how many puzzle games I've reviewed. I don't think it's a stretch to say that Tidalis is one of the best puzzle game I've ever played. Simply put, if you like puzzle games (and even if you usually don't), you need to get Tidalis. Right now. Go!"
James Allen, Out of Eight PC Game Reviews (8/8 score)

"I can say with some authority that Tidalis stands apart... The bottom line is that Tidalis is a flexible, smart, refreshingly unique puzzle design, and it's situated neatly into a large generous package. It's far better than any mere puzzle game should be."
Tom Chick, GameShark (GameShark Editor's Choice Award, "A" Score)

"Overall, this is the most robust and interesting casual game I have seen in some time. There is so much to do and so many ways to play I don't even know that casual actually suits it. Yes the gameplay is casual but this is a highly developed, well-rounded, offering from Arcen Games that puts many games of higher price to shame. It's got numerous ways to play and very successfully takes an old genre, turns it on its head, and shows you just what can be done when you think outside of the box."
Christophor Rick, Gamers Daily News (GDN Gold Award, 9/10 Score)

Shattered Haven (On our site / On Steam)
Our biggest undiscovered gem, this top-down 2D action-adventure title is a mixture of atmospheric horror storytelling an environmental puzzles.  Features branching paths to multiple endings, a massive overworld split up into distinct thematic regions, and nearly a hundred hand-crafted levels with multiple difficulty levels and often multiple solutions.

"A different title from their previous games and may be Arcen's strongest showing yet."
- Josh Bycer, Game Wisdom

Posted by Christopher M. Park at 9:51 AM No comments: 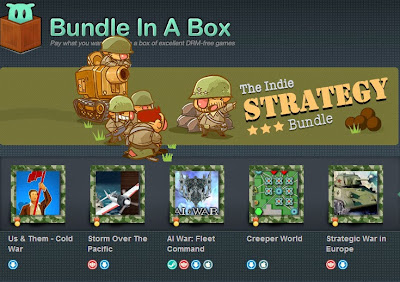 A Valley Without Wind Dual Pack (1 & 2) Steam Sale -- The Valley series is 75% off through the weekend on Steam, and note that purchasing either AVWW or AVWW2 will get you both titles. The four pack carries the same discount as well.
Posted by Erik Johnson at 7:11 AM No comments:

The charity period has now ended for that expansion, but we're extremely proud of what we've been able to accomplish with your help during that period.  We hope to be able to be able to run our own direct charity support programs again in the future, but for now we're indirectly supporting other causes like Rizeup Gaming and similar via product donations.
Posted by Christopher M. Park at 10:39 AM No comments: