This release is smaller on the surface than usual, but it still packs a punch. The biggest thing fixed here is that now the AI Taunts are once again functioning.  On OSX, this is a pretty critical fix, as it was apparently deadlocking the game when trying to taunt on that side (or after 25 taunts, possibly).  So this release really fixes up the stability on the OSX side in a major way. 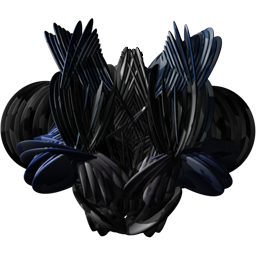 There are also a number of other more minor fixes and changes, and -- more importantly -- the balance for ion cannons now scales with the ship scale.  This should make things much easier for players playing on lower ship scales when they run into a bunch of ion cannons!

We also got Steamworks integration in and working, but it's not in a fashion that can be publicly used yet.  Monday, though!

At this stage, we're getting very close to being release-level quality.  There are comparably few major issues open at the moment, and we're still working through those.  But, for the next day or so it's going to be a bit slower on that because I'm going to be working on the storefront text, trailer, screenshots, tutorials, manual, and wiki, getting those ready for 4.0.  Busy times!  But it's really rewarding to see how this is all finally coming together.

This is a standard update that you can download through the in-game updater itself, if you already have 3.701 or later. When you launch the game, you'll see the notice of the update having been found if you're connected to the Internet at the time. If you don't have 3.701 or later, you can download the windows installer for 3.711, or the OSX installer for 3.712. Once you do an in-game update, they'll both be on the latest version, despite starting at slightly different versions.
Posted by Christopher M. Park at 5:28 PM