This one is a relatively small release but it addresses one of our longest-standing player requests: automated map untangling!

If you've ever seen the Vines, Spokes, or Tree map types you've probably noticed that it's pretty hard to read them. There tend to be a lot of planets connected to planets on the other side of the map, etc. Just looks like a big scramble. Well, in the past we've basically advised either to use the manual map-untangling or just play on different map types (those 3 were added in the first expansion, the base game maps are easier to read, and every expansion since the first has added only map types which are inherently much easier to read). Automatic map untangling is a hard problem.

Of course, the algorithm can take multiple seconds to run even on fast machines, so it isn't being run automatically during map gen even for those particularly-tangled types. But there's a nicely-convenient "Untangle Map" button in the lobby (just under the big "New Map Seed" button) that you can click to start the process. It even shows you the untangling in progress, which is pretty entertaining. 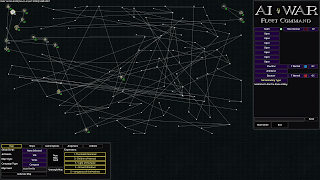 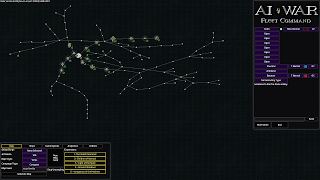 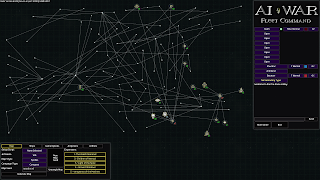 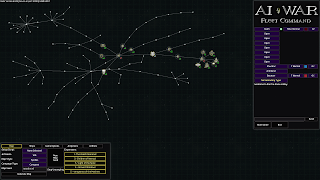 We also removed that little "throw 3 fighters out at the beginning of each wave" trick of the AIs because, while it was an effective tactic, it was trivial for the player to negate with a little micro. Since that micro gets pretty annoying to have to do every time (if you want to avoid massive alpha-soak against your aoe turrets or distraction of your FRD forces during counter-waves) we've simply removed it. Doesn't mean some kind of initial-pulse won't come back later, but we'd want it to be less of a "the solution is obvious, non-variable, but annoying to execute" situation.

Update: 6.045 released to add a few other things we did today, notably some new cheats/commands and refining the background planet selection. Normally would wait until the next release but we're getting kinda close to the official so starting the testing sooner than later isn't a bad thing.