This one is another long list of bugfixes and balance changes.  There is still more to be done, but we're making our way steadily through pretty much all the bonus ship types to tighten them up, linearize their stats between mark levels a bit better, and otherwise make them more sensible and better to play with.  This one touches a dozen or more bonus ship types out of the 54 currently in the game, so it's a significant chunk of work just from that angle.

Another big thing in this one, though it's not particularly visible to players, are the enormous number of internal changes that have been made, which cumulatively help to improve RAM and CPU usage, leading to longer times between Garbage Collections.  How significant the benefit will be for you will depend on your specific setup in your campaign, etc.  But it definitely seems to help, and was something that needed doing.  The side effect of this, though, is that we might just have introduced a whole raft of new bugs: we're a month away from the next official release, so it seemed a good time to do that, since, as I noted, it really did need to be done at some point. 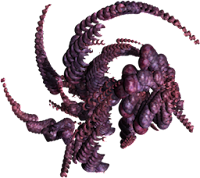 We're expecting to do at least one more release today, but if there are any bugs that result from this that are critical, we'll do more than one release to fix those up more quickly; that's why we didn't release this last night.

And of course there's a ton of other general bugfixes, and general balance fixes.  The reclamators were pretty broken in the last release, and now should work much better.

There's still a lot more that we're working on at the moment, though, such as some AI-siege-related code to help with the framerate when the AI is in a big siege against you, and some changes to make superterminals and AI Eyes no longer be "farmable," and yet more changes to help make Maws work better (though there are a number of fixes/changes to Maws in this one, too).  And some changes to carriers are coming.  I wanted to get all that stuff in this release, too, but at some point I had to just put out a new version so folks could get the existing fixes and start testing the new stuff.

Exciting times all around, though, for advanced players in particular at the moment: the game's getting a lot better balanced at the upper end of the spectrum.  More to come soon!

This is a standard update that you can download through the in-game updater itself, if you already have 4.000 or later. When you launch the game, you'll see the notice of the update having been found if you're connected to the Internet at the time. If you don't have 4.000 or later, you can download that here.
Posted by Christopher M. Park at 12:41 PM