Good lord.  This release is probably the longest list of release notes we've ever generated for a single day.  And it's not just a lot of little stuff -- though there are a ton of small balance tweaks and bugfixes here.  There's some really heavy-hitting changes for both the base game and Light of the Spire.  And for The Zenith Remnant, come to that (Whaaat? A nearly year-old expansion got major new features?).  To business:

Starting a new campaign?  First thing you might notice is that you  now get about twice as many possible starting positions as before.  This is useful for a number of reasons, but the most central is this: you don't have to click through as many maps to find one on it with a ship type you're looking for.  Given how many ship types are in the game if you have the base game and all expansions (53 in all, for those curious), this makes it vastly easier to find the type you're looking for.

Next up, also for the base game, are a number of changes to how human ships target enemies on AI planets.  In short: there will be less stray fire that enrages AI outposts you aren't yet ready to face, but at the same time making it so that things are still just as autofire for anything of the AI that's already been "enraged." 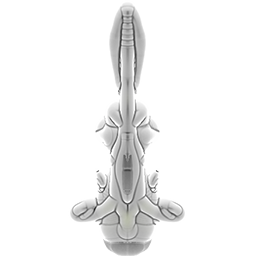 Another even more major change to the AI is how the AI breaches wormholes.  Actually, this is a whole host of interrelated changes, making the AI do a better job of using intel in a more human-like fashion, leading to more intelligent breaches that are more likely to crush you and not at all likely to have the "trickle effect" that players can take advantage of to destroy the forces of an otherwise-untenable AI world.  You can still blow the AI command stations early and sometimes you might be able to get some interesting results from doing so, but it shouldn't feel like an exploit anymore to do so.  And you're a lot more likely to regret it now: having a high threat hanging around out in the galaxy until you avert your attention or divert your fleet elsewhere (only then to have that threat come crashing down on you) is the new order of business.

Next up, for The Zenith Remnant: the golems have all been enormously rebalanced (beefed up), and are no longer a default-on feature of that expansion.  Rather, there are now three new Minor Factions called Broken Golems Easy/Moderate/Hard, which have various different styles of play for the golems, to hopefully meet the full range of player interest.  Fair warning: the hard minor faction for this isn't yet fully implemented, so it's actually identical to Easy right now. The golem waves for that minor faction are having to wait until a later release, we ran out of time!  The overall effect of all these golem changes is to make them more exciting and interesting, no matter what your preferences or skill level, and to make them wholly more relevant than they've ever been in the past for advanced play.

Similarly, for Light of the Spire, there are now three new Minor Factions called Spirecraft Easy/Moderate/Hard, which give a similar sort of tastes/difficulty spectrum to the Golems ones in TZR.  Same as with the golems ones, the hard minor faction is not yet fully implemented and currently works the same as easy.  As with the golems, the spirecraft/asteroids are now removed from the base game of LotS, and instead come in these three optional flavors that you can choose from (or ignore entirely, if that's your preference).  It's a much superior system to what we were doing before, and there's been a lot of anticipation for these changes to both golems and spirecraft on our forums already.  Oh, and spirecraft can now be repaired, which many people will love, I'm sure, as well. :)

And... well, there were a ton of other smaller changes, too.  Fallen Spire fixes and balance.  Frigate balance.  Enclave starship gun removal.  And so on.  Enjoy!

As a reminder, tomorrow and Friday are a holiday here in the US, so we won't be around much, if at all.  If there are any egregious bugs, we hope to fix those in the evenings, but otherwise we're going to be relaxing and visiting with family before plunging back in with a vengeance next week.  Happy Thanksgiving, all!

This is a standard update that you can download through the in-game updater itself, if you already have 4.000 or later. When you launch the game, you'll see the notice of the update having been found if you're connected to the Internet at the time. If you don't have 4.000 or later, you can download that here.
Posted by Christopher M. Park at 10:52 PM