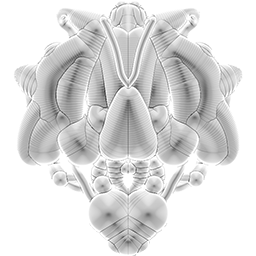 This release is pretty darn huge.  The main draws are episode 7 of the Fallen Spire story-driven minor faction campaign-within-a-campaign, and the 30 new ships (5 each in 6 new bonus ship classes) for players and the AI to enjoy.

There will be 9 new bonus ship classes in all in this expansion, the first 6 of which are now in place in a very rough-draft sort of fashion.  They need polish, balancing, and testing -- that's coming from our end, but of course the reason we're putting it out there now is because we'd love to know what you think.

All of the spire bonus ship classes are larger-than-average and with half-sized ship caps or even far lower.  Some of them are, for most practical purposes, starships, despite not being called that.  When you see some of the biggest spire ships (at the end of the Fallen Spire arc), you'll know why these are the "small fleet ships" of the spire.  Their biggest ships make Golems look small.

With these new spire bonus ships and their caps, they follow the pattern of the Zenith Electric Bomber or Sentinel Frigates.  This means that in the hands of the AI, at present, they will sometimes be overpowered same as those other two ship types.  I have an idea for resolving that with all of the ships of that pattern, so over the next week or so as that gets put in place, hopefully that will reduce some of the woes of the electric bombers and such as well.

There were various other notable balance tweaks and bugfixes in this one, too.  Space planes are pretty much reinvented, for instance, and scouts got a major boost.  Also the wave sizes of the aggressive AI types have been heavily nerfed (they were excessive).  And one more whack at that sound issue on OSX.  See the release notes for the miscellany on this one, and descriptions of the new bonus ships.

This is a standard update that you can download through the in-game updater itself, if you already have 4.000 or later. When you launch the game, you'll see the notice of the update having been found if you're connected to the Internet at the time. If you don't have 4.000 or later, you can download that here.
Posted by Christopher M. Park at 12:26 AM