What a busy month it's been! (Alright, year). Upcoming Game reveals aside, we have several new developments to share during this week alone:

Steam Sale: Entire Arcen Catalog 75% Off
Steam's put the whole lot on sale this time, and I mean everything. For the next week, you'll find the entire Arcen library slashed down to very low prices. Sale ends April 22nd.

IndieFort Spring Bundle
Looking for something a little less Arcen-centric? AI War is in the latest deeply discounted GamersGate bundle, teamed with Sanctum, Zigfrak, Fortune Winds: Ancient Trader, and Underrail (currently in alpha). The offer is available now through April 21st, and will add bonus content as such as AI War and Sanctum DLC if specific sales milestones are reached. 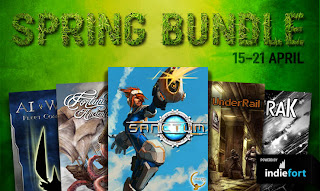 Full Indie Summit
I'll be spewing my nonsense at the Full Indie Summit in Vancouver, BC this Saturday (April 20th). More specifically, I'll be giving a talk on indie game marketing plans. If you're local to the area and are interested in checking it out, definitely stop by and make sure to say hello. The event goes from 10 AM - 4 PM, and admittance is dirt cheap ($10 Canadian) -- plus I hear there's a mixer or two going on afterwards. Should be good fun! 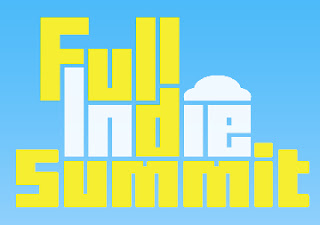 New Game Page Landings
I've set-up a host of new fan pages for Shattered Haven, Exodus of the Machine, and Skyward Collapse -- for those interested in receiving game updates on sites like Twitter, Reddit, and others of the sort.

Exodus of the Machine
@ExodusOTMachine
/r/ExodusOfTheMachine
On Facebook
On IndieDB

Press and Video Coverage
Plenty to share with the teasing of our two new titles, along with coverage still coming in hot from our recent releases as well.